The time I prayed not to wet my pants. 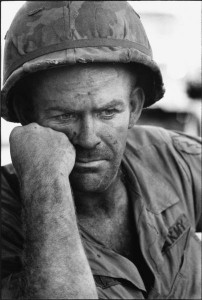 Bible College was some of the best years of my life. So many new friends, so many new things to learn, and so many adventures.

Like the time my roommate and I decided it would be fun to shoot marbles at squirrels out our dorm room window—using wrist rocket slingshots! The table we stood on suddenly broke sending us and our other roommates’ fish tank crashing to the floor. We escaped through the broken glass, water and wiggling fish. Thirty years later I saw that roommate and apologized. He never knew it had been us that did it. We went to the park to hunt squirrels after that.

I wanted to do well in college. I wanted to learn all I could and more importantly, be more like Jesus. But, I had to work a full-time job and go home on the weekends to teach a Junior High Sunday School class. So, it was certainly difficult. There was not a lot of free time for opportunity to do good.

One night, coming back to the dorm after work, I prayed that God would use me. As I came to a red light I saw a car sticking out in the middle of the road in front of me. A man flagged me down for help. As soon as he got into my 1974 white mustang, I knew he had been drinking. I knew that odor well.

“Gotta gas can at home. Take me there.”

“Sure,” I said, thinking that I was going to help this man and do a good deed.

I told him that I was a Bible college student. He was very friendly and talkative.

I thought that he would run right in, get the can, and we’d be on our way.

“Come inside. My wife has to meet you.” He patted me hard on the shoulder.

When my dad was drunk, I always did what he said. Perhaps that is why I opened the car door and followed him into the house. It was about midnight by then.

“I want you to meet my friend,” he told his wife as she got out of bed and put on her robe. “What did you say your name was?”

“Just water for me. Thanks.”

Guzzling his beer, he sat across from me and talked. He told me of his time in Vietnam. “Are you in the Army?”

I shook my head, no.

“I’m sorry,” I said, wishing somehow I could leave.

Then he said it.

“Put my boot on his chest, my gun under his chin and…fired.” He blubbered, wiping tears from his cheeks. “I’ve… done terrible things. Do you think God can forgive someone like me?”

A long pause. I didn’t know what to say. There are no good guys in war. I looked at his wife standing against the wall with her arms crossed. She shrugged.

Back in the back room he cursed. I heard things fall. Or were they thrown? He marched out of the room, fuming. “You’ve been goin’ out on me, ain’tcha?” He carried a shotgun. He pointed the gun my direction. “Who are you? You been sleeping with my wife. I know it. Don’t lie to me!” Every other word was a curse word.

Then, he moved forward and placed the end of the shotgun under my chin. Pictures ran through my mind of the little boy in Vietnam. Feeling the cold steel pressed against my throat and chin I prayed, “God don’t let me wet my pants. Get me outta this!”

He swayed in front of me, squinted and snarled. He cocked the gun.

I let out a breath and calmly said, “I’m your friend, Jon. Dontcha remember? You ran out of gas. I brought you home to get a gas can. I’m here to help you.”

He blinked. Sniffed. Wiped his nose. Slowly he lowered the shotgun and turned toward the bedroom. “Don’t feel so good. I’m going to bed. She’ll get the gas.” He barely staggered through the bed room door when he passed out crashing to the floor.

On the way to the gas station, she talked. “You’re a Christian, right? Me too. But he won’t let me go to church.” She went on and on about her life. I felt very sorry for her. She seemed scared all the time. “He’s o.k. when he’s sober. Really. But that’s rare.”

I emptied the gas into the tank and asked her if she would be o.k.

I looked around, then grabbed her hand and said a prayer. She cried. Then smiled.

That night, I was very late for curfew at the dorm. But no one stopped me. I walked first to the bathroom, and looked in the mirror. At some point, I must have bit my lip. I smiled an awkward smile. “Thank-you God for dry pants.”

I have never picked up strangers ever again.