The Formula: part one 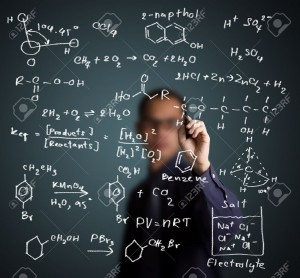 Miracles happen every day. Most times we ignore them and they go unacknowledged.

We tend to measure God in inches, seconds, and by how well we feel.

“One half inch to the left and that bullet would’ve killed me.”

“If we had left for that trip ten seconds earlier, that would be us in that wreck on the highway!”

Now, I don’t discount these things as possible godly interventions, but it seems to me that our measurement should be much broader. Why should we limit God to inches and seconds? He is much bigger than that. I have learned to measure God by His direct actions in my heart that change my life dramatically.

One such miracle began my second year in college. What seemed to start as a healing miracle became so much more.

They began. My first experience was right after finals. I thought my head would burst. I vomited and rode the waves of pain in my dorm room thinking it was just stress.

As the years progressed they became worse and increased in frequency. In the meantime, I graduated, got married, fathered two children, and worked a fantastic job in the field of psychology.

While at work one day, I said I was ill and didn’t wait to be released. I left. My head was killing me. When I got in the car, I vomited. I stumbled back into the building. It was the first time I experienced hyperventilation from the pain. I passed out. My boss called 911, and I was taken to the hospital to spend the night in intensive care. They thought I was dying. So, did I. It would not be the last time I rode in an ambulance for this.

The doctors declared that my problem was called “vaso-constrictor rhinitis.” Basically, my blood vessels in my sinus were overly sensitive to temperature changes, and that in turn triggered migraines.

Once, I was at a professional baseball game with friends sitting in the cool of the shade. However, the sun moved—as it is prone to do—and I soon sat in the heat. They carried me out of the ballpark.

Doctors attempted many things to give me relief. They changed my diet and prescribed various medicines. I began injecting a common migraine medicine called Imitrex that normally cost ninety dollars a shot. There were some days that I was directed to take as many as three shots to quell the migraine to no avail.

After years of suffering, the condition affected my work. I requested to be put on part time work status. At the same time, I also worked as a youth pastor at a church. I struggled to keep that position without it affecting my ministry, but I was now having three to five migraines per week.

Totally frustrated, I talked with my pastor.

“Why is God doing this to me?”

“I don’t know. Maybe you should ask Him.”

I wanted answers, wasn’t he the connection to God? Past laying-on-of-hands for healing from several groups didn’t even make a dent in my malady. Even an exorcism at this point would be welcome.

Devastated, I drove home from that meeting and told my wife that I needed to get a way for a few days and talk to God. She always supported me. We called a friend.

“Can I borrow your cabin by the lake for a few days?”

“Whatever you need, come get the keys.”

I picked up my bible, grabbed a change of clothes, and kissed my wife goodbye. I set out to do something I had never done before—fast and pray.

One thought on “The Formula: part one”

« The time I prayed not to wet my pants.
The Formula: Part Two »