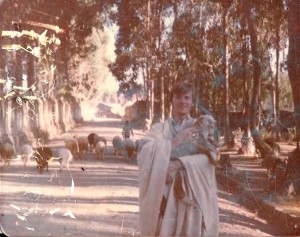 I have reviewed what I wrote as “part two” and it skips to where I have been in the last year. It is revealing and… more than I might be ready for. I will work up to it. Not wanting this to be a memoir, I thought that I would in this post connect some of the dots that led me to where I am today…

Mexico changed me. Aware of God’s loving kindness to me, my attitude was transformed. I no longer had plans to kill myself. That is probably why to this day I have never owned a gun.

I got more involved in church, even had a girlfriend—briefly. And, I didn’t even resent the bully-target of taking my Bible to school. A Mormon friend saw my stance and decided to bring his books to school as well. He had more to carry than I did.

In gym class the bullying continued. The worst of the gang was a pastor’s son of all things. When we started a class in gymnastics I knew I would never be able to climb the rope or do an iron cross on the rings, but I could do a backflip.

One day, I jumped hard on the trampoline, flipped high and landed goofywompus. The angle sent me shooting out into space. I knew it would leave a mark when I splatted on the gymfloor. But to my surprise, a big guy was standing there and he caught me like I was a baby in his arms. I began to sit next to him in choir. For some reason the bullies left me alone. I don’t know if Phil Vineyard ever knew I used his friendship as protection. He has been there when I needed someone most.

During a church youth canoe trip, I still wore my blue tennis shoes. Things were going well for me. As I was running to my tent, the shoes fell off. (they were so worn.) It would be many years before I owned another pair.

I went with the Youth group on another Mission’s trip. This time to Peru. It was an amazing experience. One day, several of us got left behind. Waiting for the group to come back and pick us up, I sat with the Missionary and Pastors as they told funny stories of their ministry. Then Dr. Bill Dowell from Baptist Temple in Springfield, Mo. shared his heart for ministry. He gave me much to consider. I was amazed at his courage and boldness.

Later on the Peru trip, we visited an old Monastery. A flock of sheep driven by a young boy passed us. A little lamb straggled behind. I picked it up and turned. Someone took my picture.

The next summer, the Youth Pastor asked if I and another young man wanted to drive with him to Lynchburg, Virginia, to a Youth Pastor’s Convention. I agreed, thinking it would be a blast. For several days, I sat and listened to messages aimed at Youth Pastors and heard them share their burdens. When they cried, so did I. That burden was somehow passed on to me as if Elijah himself had given me a mantle.

The last year of High School I had a difficult time walking the halls. I kept looking at the other kids wondering if they had had such pain as I had experienced in my life.

I gave up my goal of being an artist and applied to Baptist Bible College before the year was out, not knowing what waited there for me.

Tags: call to ministry testimony writing in the dark 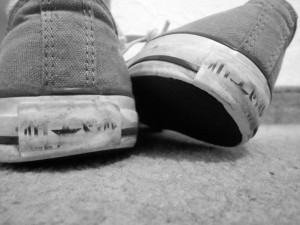